A Developer's Diary: Building A Notes Taking App in Shell

Something I really like about being a developer is that you learn all the time: a pattern, a lib, an obscure configuration trick... In the heat of the action, you're glad, but a few days later, you often forget. It is at these time that you think it would have been a good idea to take notes.

I've already tried some notepads: jrnl, but I've never been able to remember the commands, boostnote that I don't use when I code because it's an extra window, or gist but I can't keep it organized...

And this summer, I received this link "did.txt file" file in my changelog newsletter.

Goal: create an insanely simple “did” file accessible by terminal

And that's right, it's very simple (it's just adding an alias in your .bash_profile or .zshrc) and bloody effective :

A did command opens a file into the terminal - so you don't leave your working environment - with the current date. All you have to do is write down this little thing you've just learned.

And I really liked the idea of having a new tool built only with what is already present on the system. But in fact, it's a little too simple. For example, here is what happens if you use did twice on the same day:

Two problems made me think that I would not integrate this command as it stands in my daily routine:

This post documents how I customized this good idea to my needs. I tried to keep the same simplicity as the original did and continuing to use only what was already available in the terminal.

One logbook per week

I work in a two-week time box (sprint), so cutting the single file into several weekly logbooks was obvious.

I'll not go into the implementation's details, but show you the (almost) final result. The --help option, man and Google were my friends to get this result.

Here are the points that seem important to me.

This new command gets the job done since now it creates one file per week instead of a single file. But this improvement would also be a good example for David Kadavy's article "Complexity is creepy: It’s never just one more thing”.

Indeed, my one more thing brings its share of questions:

This function is simpler than did's, but it introduces the use of command arguments: if [ $1 ]. didv opens the current log and didv 2018-32 the log for week 32.
cat is in charge of displaying the file.

I thought that setting up the list of logs would be the fastest feature to set up. I pragmatically tested the ls and tree commands :

But two things bothered me:

Display the month as from the week number with date has been the most complicated part of that did improvement day!

And here we are at the last feature to implement: search the logs. It's grep that is involved.

To be able to tag notes and limit the search to these tags, I decided to use a tag's prefix @, allowing to do NB_OCCURENCE="$(grep -c @${1} ${file})". The second use of grep no longer uses this prefix, allowing to display all the lines corresponding to the searched word.

I was close to the goal! I no longer had one, but 4 commands:

Only one point was still pending:

The file is in.txt format, which severely limits the possibilities of formatting, such as code extracts.

A markup language is perfectly adapted for that: markdown. 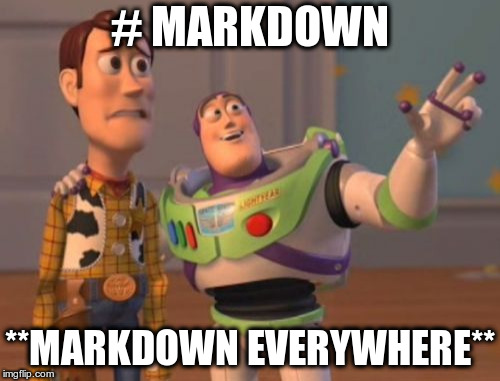 No luck, there's no basic tool in the terminal to process and display a .md file. However, I had set myself a rule:

"..., and continuing to use only what was already available in the terminal."

It doesn't matter, I'm a punk.

So I found some projects that met the need :

I preferred the vmd rendering. All that remained was to modify all the .txt to .md, add some # and replace cat by vmd in the didv function.

I don't know if my scripts can be useful to you. If so, I would be happy to. Otherwise, I would also be happy anyway.

Because it's not the script that's important here. What I would like to have shared in this post is the pleasure of building your own little tool from what is available on your system. It's really very fun! During that day spent modifying the original did.txt, I learned a lot, tested a lot and came up with a result that was exactly what I needed. No more, no less.
It was a bit of a low-dev. I'm very sensitive to low-tech these days.

So I hope this reading has given you some ideas. As far as I'm concerned, I think I'm going to quickly add a didp command.

Did you guess it? p for publishing! Now that I have log books in markdown, it shouldn't be very complicated to publish them on a server, and then add a search engine like Algolia to index them.